Guide to Choosing the Most Energy-Efficient AC

Guide to Choosing the Most Energy-Efficient AC

When the scorching summer heat is in full effect, it can be very tempting to have the AC cranked up all day, every day. However, if your household cooling system isn’t energy-efficient, keeping it running throughout the day can result in your monthly electricity bills going through the roof. As a result, many homeowners find themselves having to choose between staying comfortable and saving money. If you make a point to select a high-efficiency air conditioner, though, you shouldn’t ever have to make that difficult choice. So, with so many options available, how do you choose the most energy-efficient AC unit for your home? When you’re shopping for your home’s next cooling system, there are a handful of factors you’ll want to consider. 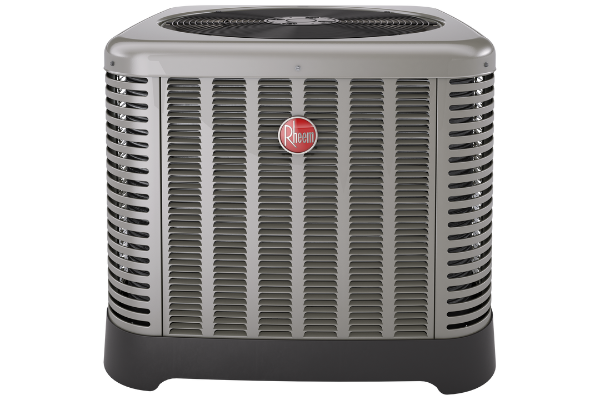 How New Is the Model?

As a general rule, newer air conditioner models will be quite a bit more energy-efficient than older systems. As recently as a few decades ago, the top-of-the-line, high-efficiency cooling systems were using roughly 30% more energy than the models that are made today. Even air conditioners from the early 2000s tend to be significantly less efficient than the systems that have come out over the last five to 10 years. So, if you’re looking to purchase the most energy-efficient air conditioner possible, you’d be wise to limit your search to systems that have been produced within the last few years.

What Type of System Is It?

Although many homeowners don’t realize it, there are actually many different types of air conditioning systems available to purchase. Each type of AC unit comes with its own advantages and disadvantages, and some systems are significantly more efficient than others. For example, if you have a smaller house or are okay with only cooling certain rooms, you could save quite a bit of energy by going with one or more window air conditioners or portable air conditioners. These systems most certainly have their limitations, but if your primary concern is energy efficiency, they could be good choices for your home.

Central air conditioners, on the other hand, are very popular and extremely effective at cooling the entire house at once, but they typically consume more energy than other systems. Ultimately, you’ll need to weigh your options and decide what’s most important to you and your family.

If you want your new air conditioner to be as energy-efficient as possible, it’s imperative that you select a system that’s the right size for your home. When you install an AC unit that’s too small for your household, it will have to strain itself and work overtime to keep you and your family comfortable. As a result of all that extra work, your monthly energy bills will be greatly increased. Going with a system that’s too large, on the other hand, will bring along its own set of problems. Ideally, you should enlist the help of local HVAC professionals to inspect your home and assist you in selecting an AC unit that’s perfectly sized for your needs. That way, it will be able to run smoothly and efficiently while keeping your home nice and comfortable throughout the summer.

One thing you’ll definitely want to pay attention to when shopping for a new AC unit is the SEER rating. SEER stands for ‘seasonal energy efficiency ratio,’ and it’s a figure meant to measure an air conditioner’s energy efficiency during the most demanding season of the year. This measurement is calculated by taking the system’s cooling output and dividing it by the total amount of energy consumed during the same timeframe.

The higher a cooling system’s SEER rating, the better its energy efficiency is. Generally, you’ll want the new air conditioner you purchase to have a SEER rating of at least 14, but if you truly want the most energy-efficient system possible, you can find one with a rating above 20. That said, there’s typically a pretty strong correlation between SEER rating and price, so you must decide how much you’re willing to invest in that energy efficiency. Of course, a higher SEER rating also means that you’ll be saving money on energy costs in the long run, meaning that a high-efficiency system could very well end up paying for itself down the road.

Is It Energy Star Certified?

Does It Have an Energy-Saving Setting?

If you’re in search of the most energy-efficient AC unit you can find, it’s worth looking for a system that has a special energy-saving setting. Many modern air conditioners have this option, which will automatically turn off both the compressor and the fan once your living space has reached a comfortable temperature. Over the course of an entire summer, having this setting available can save you huge amounts of energy and prevent your monthly bills from getting out of hand.

When you’re in the market for a new air conditioner, it’s important to remember that you can always get help from your local cooling experts in the Downriver area, our team at Flo-Aire Heating, Cooling & Electrical would be more than happy to assist you in finding the perfect AC unit for your home. Whether your main priority is energy efficiency, performance, or affordability, we’ll make sure you’re choosing a system that’s capable of meeting your needs. If you’d like to learn more about our services or schedule an appointment, give our offices a call today at (734) 285-1809. 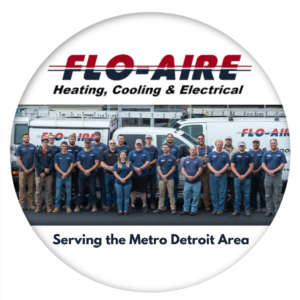 Locally owned and operated in Southgate, MI since 1955, Flo-Aire Heating, Cooling & Electrical is one of the top heating & cooling companies in Southeast Michigan. Flo-Aire provides residential, commercial and industrial HVAC services throughout all of Metro Detroit.

Air Conditioning 101: How Do They Work?